2018 has been a banner year for Repashy. Allen is back on track formulating new products now that his daughter is off to kindergarten, and he has been on fire researching, formulating, and testing new formulas. We have introduced the highly successful seasonal gecko diets and out winter blend is around the corner. We have also added an exciting new ingredient to our palate that will be part of some new formulas and improve some existing formulas.

Three years ago, Allen, who is always searching for new and functional ingredients, was given some samples of dried chicken broth by one of his suppliers, and we have been researching, formulating, and testing ever since.  The supplier had brought in a new vendor in their human food division who is the leading manufacturer of this product in the industry, and they were excited to share it with Repashy because they know we like to be innovative.

This powdered broth is the same ingredient used to make chicken soup, bouillon cubes, and add chicken flavor to any host of foods. Chicken broth (also called Chicken stock) is made by boiling fresh chicken bones which after settling, separates into a layer of fat on the top, and then broth in the middle and bones on the bottom. The broth is actually an isolated protein with greater than 90% content, (92% typical) and some residual fat (1.5% typical) The remainder consists of minerals and residual moisture.  The chicken broth we use is pure and unsalted (low sodium).

Chicken Broth is growing in popularity in the human hports hutrition market because of its great amino acid profile, super high protein level, and great taste. Many argue that it is superior to products such as Whey Protein Isolate and Casein Isolates.  As far as an animal food ingredient, we haven’t seen it used before. It’s very expensive and just not economically feasible to use compared to chicken meal made from spent egg laying chickens. At Repashy, we make expensive premium foods, and when we find something that works great, we will find a way to make it work!

As far as Animal Feed, Chicken Broth brings HUGE amounts of flavor and nutrition. Anyone who has offered Chicken or Turkey to Monitors, Tegus, and other meat lovers, knows that there just isn’t anything out there that gets an equal feeding response.  Chicken Broth, while being a great protein concentrate, is also equally concentrated in flavor. Just a small percentage in a formula can give the same attraction of pure chicken meat.  So when I tell you that our new “Repashy Chicken Pot Pie” is 25% Chicken Broth, you should be able to imagine how tasty herps (and other omnivorous/carnivorous animals) are going to find it.

Repashy Chicken Pot Pie, is in all essence, exactly that.  Chicken Broth, Peas, Carrots, Potato, Rice, Corn…. Just like your Grandma makes it, with added green leafy veggies, whole egg, and of course a good dose of Black Soldier Fly Larvae to top it off.  This Meaty Omnivore formula nicely rounds off our omnivore gel food premixes along with Bluey Buffet, Beardie Buffet, and Savory Stew.  It has medium Protein Levels at 35%, 6% fat, and plenty of calcium for growing and breeding animals of all kinds. It can be fed as a staple diet to omnivores and makes a great part of a balanced rotation for carnivores and even as an occasional treat for herbivores.  Repashy Chicken Pot Pie will definitely be a great formula for finicky feeders and eating machines alike. 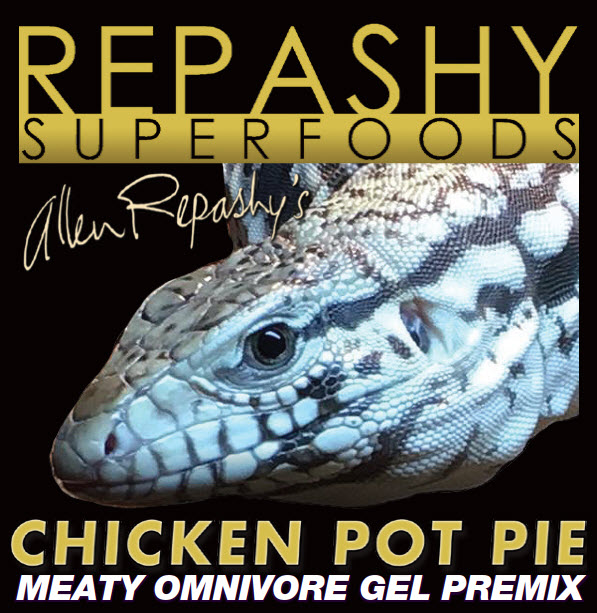 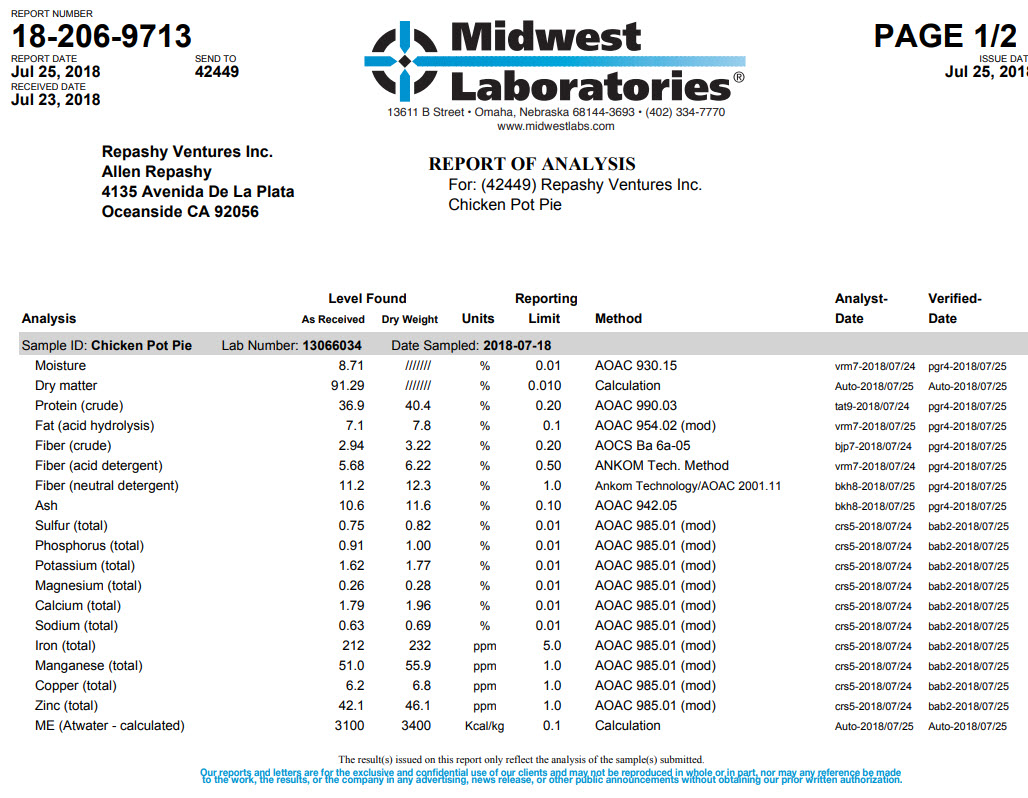 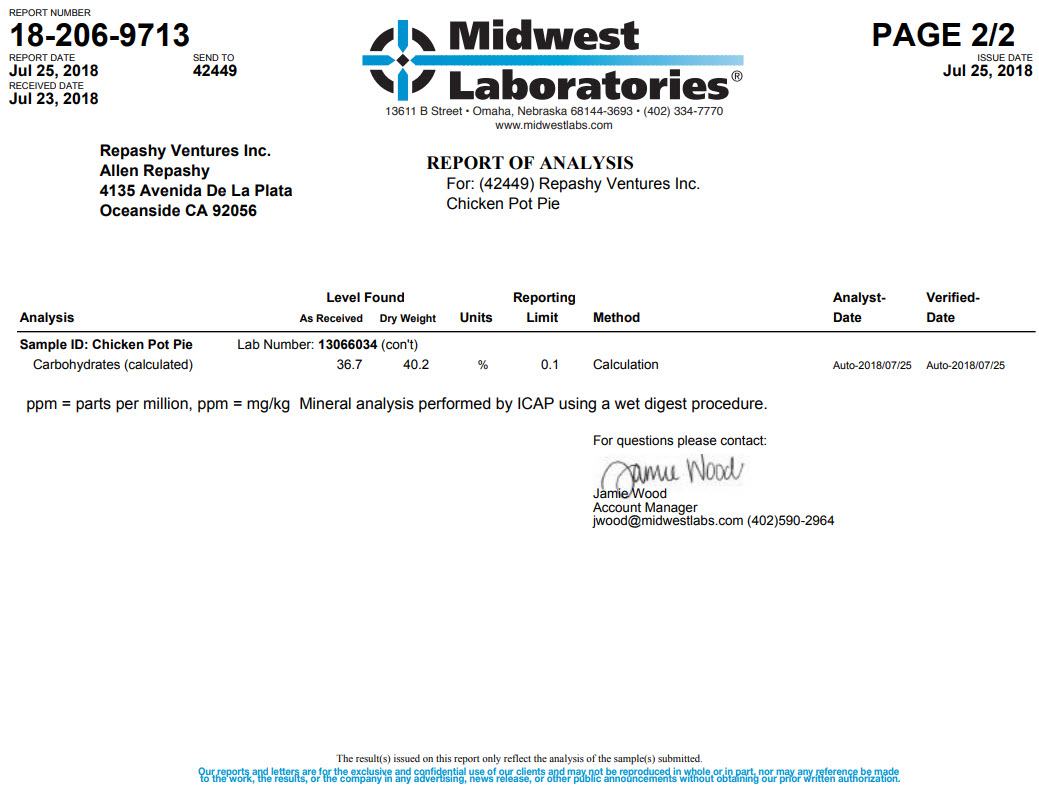